* In case of any delay in receiving the OTP, you may verify it later. Please proceed without verification.

Enter your City name or Pincode

Located on the foothills of Shivalik Hills Zirakpur is a famous satellite town near Chandigarh in Sahibzada Ajit Singh Nagar in Punjab state. It is one of the two towns of Dera Bassi Tehsil and also among the fastest growing cities of Punjab state. The city derived its name from a small village which is now a constituent part of Zirakpur. For the long time, the region was just remained a bunch of small villages placed alongside Chandigarh-Ambala Highway. To add to its features, Zirakpur is wonderfully connected with Chandigarh, the state capital and other major cities of Punjab through both road and rail transportation. It has been adorned with several religious places, shopping malls, parks & gardens and a zoological park where a large quantity of visitors can be seen. 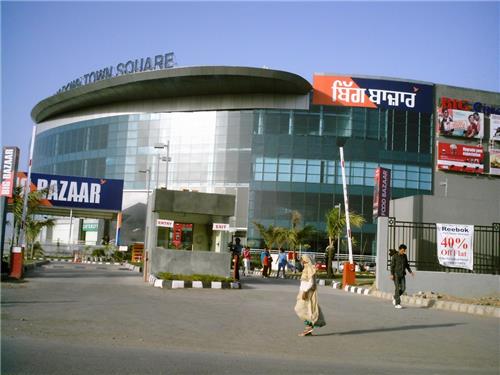 The city of Zirakpur is situated at the latitude of 30.65°North and the longitude of 76.82°East with an average elevation of 334 meters above the sea level. The region experiences temperate climate with
hot summers when temperature generally remains around 33.4 °C. On the other hand, the month of January is the coldest of all with an average temperature of 13.5 °C. The city has the maximum rainfall in July with an average of 270 mm while the minimum precipitation falls in April month with just 7 mm. So, the difference between the driest and wettest months is 263 mm of precipitation.

The reports of Indian Census of 2011 revealed that the total population of Zirakpur Municipal Council city is 95,553 in which 50,497 are males and 45,056 are females. Besides that, the population of Children below the age of six is 12074, which is around 12.64% of the total population of this place. Moreover, Zirakpur does not have any population of Schedule Tribe (ST) people but it has around 8.09% population of Schedule Caste (SC) people within its region. As per the census survey, the average literacy rate of this city is 88.30% which is higher than the state average of 75.84%. At here, there are total 91.96% literate males while the female literacy rate is 84.90%.

There are over 20,587 houses in the area of Zirakpur city, which are administered by the Municipal Council. It performs various kinds of duties to locate a well-organized society. Some of the main duties of Zirakpur Municipal Council are providing basic amenities like water and sewerage, imposing taxes on the properties that come under its jurisdiction and building roads within Municipal Council limits.

Inhabitants of Zirakpur city enjoy their life by celebrating various local and national festivals. However, these festivals reflect the social and religious significance of this region. Some of the main festivals solemnized in this town are Baisakhi, Diwali, Lohri, Holi, Gurpurab and Dusshera. People take part into these occasions with great zeal and fervour. As the town of Zirakpur is located on the outskirts of Chandigarh, thus the cultural aspects of this region too are influenced by the modern cultural features of the state capital.

The inhabitants of Zirakpur city take benefits of various healthcare facilities, which are provided by the number of small and medium sized hospitals. The treatments are provided at these medical centers by the professional team of doctors and skilled nursing staff. Although, the city has to depend upon Chandigarh city for the specialized health requirements because the capital city has quite a few super specialty centers with modern medical equipments. Some of the famous hospitals in Zirakpur are:

Even though the latest technologies of communication have arrived but still the post office has maintained its importance throughout the country. The post office in Zirakpur city also forms a vital part into national postal system by offering wide range of postal services such as speed post, courier, money order, etc. Besides that, it also offers additional services like providing and accepting government forms, monetary benefits like fixed deposits & loans and implementing various governmental schemes.

With the purpose of providing various monetary benefits to the people of Zirakpur city, a number of important nationalized and private banks of the country have established their branches at its different localities. They offer wide range of banking services to inhabitants and also to the outsiders in the shape of ATM facility. Therefore, to make your task easier, we are listing here some of the banks in Zirakpur city of Punjab:

Number of tourist spots are located in and around Zirakpur where a large amount of visitors come to spend their holidays. The most visited tourist place in this city of SAS Nagar District is Mahendra Chaudhary Zoological Park, which is also renowned as Chhat Bir Zoo. It is placed in Chatt Village on the road to Patiala. The Zoo witnesses a large number of visitors every year. As Zirakpur is surrounded with some forests, thus one can also see several animal species there such as Sambars, Deer's, Woodpeckers, Parrots, Peacocks, etc. Besides enjoying sightseeing attractions of Zirakpur, the tourists can also take pleasure of nearby located Chandigarh city. They can make an excursion to its places like Rose Garden, Art Gallery, Chandigarh Museum and many more. If you are planning to travel towards Shimla from Zirakpur, you would like to see places like Timber Trail, Pinjore Garden and Solan on the way. For those visitors who come here for religious purposes can consider holy places like Gurudwara Naada Sahib, Gurudwara Bauli Sahib and Shiv Mandir at Green City.

Zirakpur is an abode of many hotels that range from budget to five-star. Each of its hotels welcomes you and makes you feel comfortable by presenting an array of modern in-room amenities. Majority of Zirakpur hotels are located in vicinity to its travel spots from where one can easily travel around the city. Besides that sumptuous accommodation, the guests can also entertain themselves by tasting delightful cuisines at their fine dining restaurants. Some of the famous hotels of Zirakpur are:

Make your holidays at Zirakpur more interesting by doing some shopping activities. As this place is located to beautiful city of Chandigarh, one can see the presence of several shopping malls and centers such as Central Mall, City Emporium, Best Price, Metro, Global Mall, etc. You can easily do various activities with your near and dear ones at these shopping centers such as shopping, dining and watching latest movies. You can buy accessories, men's and women's clothes, home essentials and many more things from Zirakpur shopping malls. Some of them are mentioned below:

The city of Zirakpur offers a great opportunity to the worldwide travel vacationers of tasting delectable Punjabi cuisine. A number of dining places are located at the varied corners of the city in which one can taste local food items along with some flavors of international cuisines. As a tourist, you will definitely satisfy your taste by coming at these given below famous restaurants of Zirakpur:

The city of Zirakpur is well connected to the important cities of Punjab such as Patiala, Rajpura, Bathinda, Panchkula and Chandigarh along with Delhi and other cities of Haryana. The city is lies on  Ambala-Chandigarh Highway and the Patiala-Shimla Highway. However, a new flyover has also been constructed to remove any congestion to the Ambala-Chandigarh traffic. The nearest railway station to Zirkapur is Chandigarh Railway Station which is located at a distance of around 8 km. Similarly, the city has the nearest airport in the presence of Chandigarh Airport which provides the distance of around 5 km from here.


Zirakpur at a glance

Comments / Discussion Board - About Zirakpur